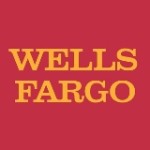 are extremely proud of our long-standing partnership with Wells Fargo.  They have been very generous in supporting our efforts to help homeowners in need, contributing more than $250,000 since 2009. Each year, Wells Fargo employees also donate more than 600 hours of their time to help homeowners in need throughout the Twin Cities.  We are very grateful to Wells Fargo for their continued support and investment in our community!

On April 24th, Rebuilding Together Twin Cities partnered with volunteers from The Opus Group to provide critical repairs for three low-income homeowners in Saint Paul.  Volunteers also assisted students at the Farnsworth Aerospace PreK-8 School and made improvements to the building and grounds. These projects were part of a larger company-wide effort to commemorate Founder’s Day, which celebrates the origins of earlier Opus companies through volunteering.

Bill, one of the homeowners we assisted this year, has spent his life in the Saint Paul home his father built.  Bill was an ER medical assistant before he became blind in 1984 due to a hereditary condition. Despite his condition, Bill is very active and maintains a positive attitude towards life and others.  Volunteers from The Opus Group made a number of repairs to Bill’s home, including addressing the water that is seeping into Bill’s basement by sloping the ground away from the foundation and re-caulking the foundation seams with concrete.

This is the third year in a row that Opus and Rebuilding Together Twin Cities have partnered to make a difference for local families and communities in need. Thank you Opus Group!