Last month, I met a homeowner with a truly special and remarkable story.

I arrived at the home only aware of the homeowner’s basic information and what home safety and accessibility modifications we planned to perform to accommodate a warm, safe and independent lifestyle. I was not there to perform the preview for this project, so learning about the unfortunate disadvantage this man was living with that day left me in shock and wonder.

John was an All-American track athlete.  He was featured and covered in popular running-based magazines and maintained a vigorous exercise regimen for most of his life. John excelled nationally from the time he arrived at Washburn High and graduated from college at the University of Minnesota in the long jump, hurdles, shot put, high jump and 1,000 meter run. He loved surfing along the shores of the California coast as a young adult and was fond of woodcarving. John was an outstanding and devoted competitor who would surely live an independent and healthy life.

We sometimes forget that life can change in a single moment.

On February 13, 2008, John was found on the track of the University of Minnesota’s Field House laying face down. Bystanders rushed over to help him as they immediately called 9-1-1. John was rushed to the hospital in an ambulance where both his health and fate were unknown.

After four and a half days in a coma, John was diagnosed with having a heart attack. Even after months of rehabilitation, John remained in a state where he would live a complicated independent life, if he chose to live that way. With limited walking mobility, a distinguishable speech adaptation, diminished hearkening ability, and restricted use of his hands, John chose to stay in his home.

John was born in his house in South Minneapolis, and at 61, John had spent his entire life in that home. Although his pride of being a homeowner never diminished, his ability to maintain his home did. On September 15th, we installed handrails going to the basement and second floor, grab bars in the bathroom and handles along doorways through our Safe at Home program so that John could live a safer and more independent life. John is now being considered for our Home Repair program, which would provide additional improvements and modifications to his home.

John’s story is a reminder that life is precious and can change suddenly. More importantly, John’s life is a valuable lesson that we are not defined by the obstacles we are confronted with, but how we choose to overcome them. 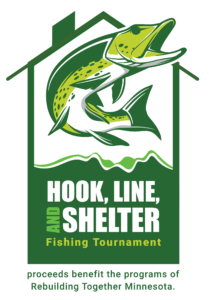 July 25, 2022
We are very grateful to WCCO Television for their sponsorship of our Hook, Line, & Shelter Fishing Tournament! Check out the most recent piece HERE. The Tournament kicked off on
Read More 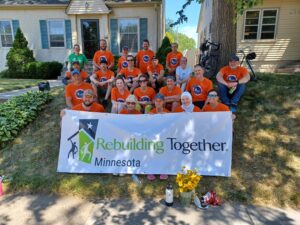 Thanks to Ehlers Volunteer Team

July 25, 2022
We would like to send a special thank you to the volunteer team from Ehlers Public Finance Advisors who gave their time to help a homeowner in need this month!
Read More 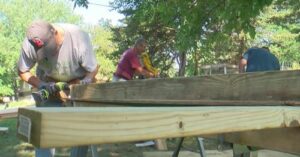 July 25, 2022
This month, the Opus Ramp Team built a ramp for Jacqueline in Roseville. WCCO came out to film the ramp and put together a great piece about our work to
Read More 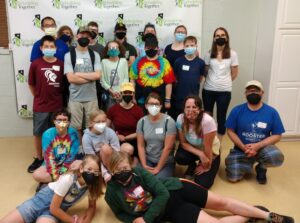 July 25, 2022
Thanks to volunteers from Centennial United Methodist Church! They packed Safe at Home kits, sorted ramp lumber, and painted bird houses. The Safe at Home kits will be distributed to
Read More

Serve a Year with Us!

June 27, 2022
Please join us in welcoming our new AmeriCorps Project Coordinator Fednise! Fednise is heading into her junior year at Hamline University, where she is majoring in neuroscience with a minor
Read More 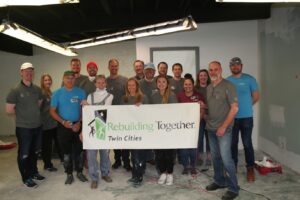 The Opus Group Gives Back

June 27, 2022
We recently partnered with volunteers from The Opus Group for their Founder’s Day. Together, we made improvements to Juxtaposition Arts, a nonprofit youth art and design education center, gallery, retail
Read More 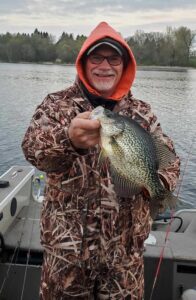 June 27, 2022
Our Hook, Line, & Shelter Fishing Tournament kicked off on May 14th and fishing season is in full swing! This year, we are thrilled to have WCCO Television, Joe’s Sporting
Read More 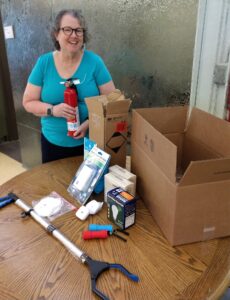 Shout Out to Tracie Bowman

June 27, 2022
We would like to extend a special thank you to one of our amazing volunteers, Tracie Bowman. Tracie has been volunteering regularly with us for several months, focusing primarily on
Read More 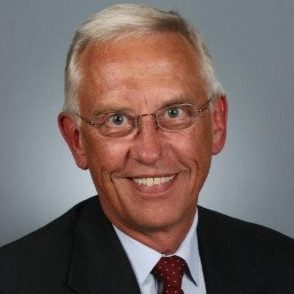 April 27, 2022
We are excited to welcome Nels Johnson as our Manufactured Home Repair Program Manager! In this position, Nels will oversee home repairs for low-income owners of manufactured homes within suburban
Read More